Ngugi wa Thiong'o is one of the most important voices on language and decolonization. His works include Decolonizing the Mind (1986) and Theory and Politics of Knowing (2012). This post shares some notes on his 2009 Something Torn and New: An African Renaissance (copy appears available here).

"colonialists did not literally cut off the heads of the colonized or physically bury them alive. Rather, they dismembered the colonized from memory, turning their heads upside down and burying all the memories they carried. Wherever they went, in their voyages of land, sea, and mind, Europeans planted their own memories on whatever they contacted." (p. 7)

"In his attempt to remake the land and its peoples in his image, the conqueror acquires and asserts the right to name the land and its subjects, demanding that the subjugated accept the names and culture of the conqueror. When Japan occupied Korea in 1906, it banned Korean names and required the colonized to take on Japanese ones. But one might ask: What is in a name? It is said that a rose by any other name would still smell as sweet; however, the truth is that its identity would no longer be expressed in terms of roses but, instead, would assume that of the new name. Names have everything to do with how we identify objects, classify them, and remember them." (p. 9)

"In the continent as a whole, the postcolonial slumber would not be disturbed by memories of the African holocaust. Slavery and colonialism become events of shame, of guilt. Their memory is shut up in a crypt, a collective psychic tomb, which is what Oduche symbolically does when he shuts the python, a central image of his people's cosmic view, in a box." (p. 61)

"Pan-Africanism has not outlived its mission. Seen as an economic, political, cultural, and psychological re-membering vision, it should continue to guide remembering practices. Economic Pan-Africanism will translate into a network of communications—air, sea, land, telephone, Internet—that ease intracontinental movements of peoples, goods, businesses, and services. Africa becomes a power bloc able to negotiate on an equal basis with all other global economies. But this is impossible without a powerful political union, as championed by Kwame Nkrumah." (p. 88-89)

"Memory resides in language and is clarified by language. By incorporating the colonial world into the international capitalist order and relations, with itself as the center of such order and relations, the imperialist West also subjected the rest of the world to its memory through a vast naming system. It planted its memory on our landscape. Egoli became Johannesburg. The great East African Lake, known by the Luo people as Namlolwe, became Lake Victoria." (p. 113)

"We have languages, but our keepers of memory feel that they cannot store knowledge, emotions, and intellect in African languages. It is like possessing a granary but, at harvest, storing your produce in somebody else's granary." (p. 114) 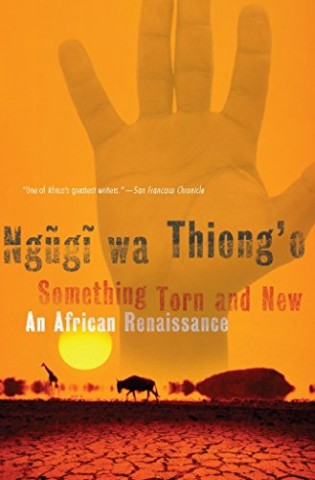